Providing sales, marketing and management expertise to domestic and international companies in the media and human resource industries

Mission and Values – Our mission is to apply our expert knowledge of sales, marketing and management to domestic and international companies.

The cornerstone of Sue Panzer Consulting is listening to the needs of our clients. We strive to provide great customer service and to generate exceptional results. We value innovation, teamwork, perseverance, open communication and a commitment to excellence.

Sue Panzer Consulting offers clients a variety of services, including:

We provide strategic support and conduct market assessments to help your business fine-tune your plan to increase the distribution of your product or your service in the marketplace.

We act as your sales team to secure distribution of your product, your service or your network across multiple platforms, when applicable. We have the experience to negotiate the best agreements.

We have the relationships to secure content deals for linear, OTT and SVOD services. As expert negotiators, we can get the rights to popular television product.

We have the expertise to write for your business needs. We write introductory and sales follow-up e-mails, thank you notes and other customer communications. We also have experience writing copy for websites to position your company in the best way to your customers. 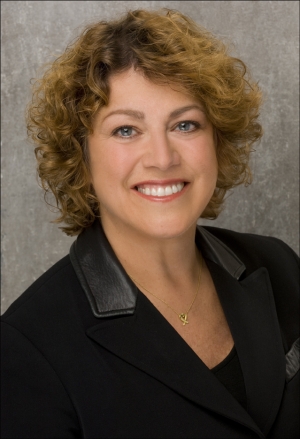 Sue Panzer is a sales and marketing executive who has led and motivated national sales organizations to deliver exceptional top and bottom-line financial results. She is specifically skilled in solidifying long-term client relationships, negotiating challenging agreements and developing strategic affiliate marketing initiatives. Since 2009, she has served as the President of Sue Panzer Consulting LLC, where she has advised domestic and international companies in the telecommunications and human resource industries in business development, sales strategy, marketing and communications.

Sue was the VP, Affiliate Ad Sales & Distribution Marketing for the top cable programmer, Lifetime Entertainment Services, where she managed a team to develop strategic local ad sales and affiliate marketing promotions. Prior, she was the VP, National Distribution and was responsible for leading the sales team to increase revenue and distribution of Lifetime’s three channels.

Previously, Sue was the VP, Area General Manager at the cable programmer, Showtime Networks. During her eleven-year tenure, she increased revenue and distribution of Showtime and The Movie Channel, ran the regional operations, managed sales trainings and developed incentive programs.

Sue graduated from the University of Richmond with a B.A. in Education. After teaching fifth grade in Richmond, VA, she returned to graduate school full-time to earn her MBA in Marketing from The College of William and Mary in Williamsburg, VA. In addition to serving on the Board of Directors of the MBA Alumni Association, Sue served as a National Board member for “Women in Cable & Telecommunications” and as President of the NY chapter where she won the “Chapter of the Year Award”. From 2003 through 2006, she also served as President/Co-Founder of the “Fire Island Golden Wagon Film Festival” in Ocean Beach, NY.